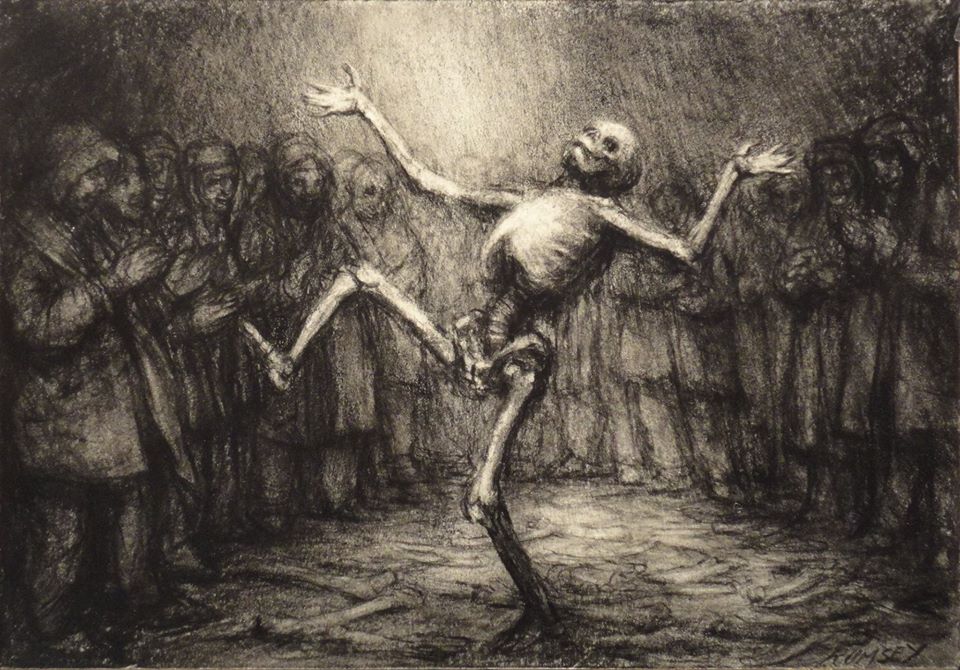 Fake it ’til you make it. The sky’s the limit. Live, laugh, love. These are some of the common, thoughtless phrases regurgitated by the average, self-acknowledging optimist. To them, life is worth living because, well, they’ll probably sum it up on their social media bios via nonsensical self-affirmations or with hopeful maxims plastered on their walls – both physical and virtual.

What makes it cult-like, in the modern sense of the word, is the dogmatic adherence to the principles and beliefs of optimism. That, regardless of the state of existence of an individual, community, etc., all will turn out well. When things are looking down, worry not, for Mother Optimism will send her good-willed minions out into the universe on a “go get ’em champ” marathon of love and compassion, and reciprocate the supposed good-ness of life with a return of preferred circumstances. That’s all it takes. Good thoughts, or as modern spiritualists often call it, “vibes,” to procure some modicum of happiness. Somehow thought and intention is heard by the universe and, with the universe being the live, caring being that it is, it returns the sentiment with preferred outcomes.

Trying to reason with an optimist is just as pointless as trying to reason with a religious zealot. Their ways are their ways and to question that is to challenge the very reality that they’ve created.  Optimism is the stilts of life. No matter how long you clumsily move along the shaky ground in attempt to avoid falling, you will one day fall, and the uncaring nature of the cold ground will become apparent. There are those, however, who do have their religion to fall back on. This living existence isn’t the result of people producing offspring, no. That’s too bleak and meaningless. This life must be a test for what’s yet to come. Favorable heaven, in all its glory, will make all the suffering worth it. All the pain, heartbreak, anger, and strife shall be immediately negated once the gates to the promise land open. It’s all just a test. Now you can lay on your death bed with all existential concerns put to rest; as you shall be. To question an unseen circumstance of post-life existence, however, is to plea insanity.

The pessimist need not apply in the speculation of existence as his negativity, or disregard, of a fairy tale life (both current and post-life) too easily unhinges the illusion of the happy, meaningful life. Negativity is of the most stigmatized thought-processes or, to some, reality, and must be struck down immediately with optimistic fervor.

Optimism favors a continual, drone-ish thinking. When the pit of despair, no matter how apparent or immediate, collapses in front of the positive thinker, they build a bridge fit with characteristically shallow concepts and distractions. While that hopeful thinking may provide enough of a distraction to bridge the despair and hopelessness, it remains just that – a distraction. As Zapffe says in his work The Last Messiah:

“Distraction is, for example, the ‘high society’s’ tactic for living. It can be likened to a flying machine – made of heavy material, but embodying a principle that keeps it airborne whenever applying. It must always be in motion, as air only carries it fleetingly. The pilot may grow drowsy and comfortable out of habit, but the crisis is acute as soon as the engine flunks.”

A common rebuttal against pessimism is that the optimist, through their own positivity, somehow remains happy and secure. However, their positivity and happiness rarely run parallel with actual, life-trying events. Even those positivites who have fell into the pit of despair, sadness, and depravity will act like their outgoing, hopeful attitude is what saved them when in most circumstances, ‘fake it till you make it’ was just another anecdote for ‘suck it up’ until things are more bearable, if ever.

Optimism and moralism, both staples of the culturally refined superficialite, tend to beget one another. Many westerners love their syncretic, pseudo-karmic optimism as it goes hand-in-hand with moralism. The optimist remains a do-gooder and because of their goodness, life returns to them joy and positivity. The moralist must remain vigilant and optimistic about their codes lest they give way to the negative, impending beast, Wrong-ness.

While the hopeful kind will often define their lives as free, spiritual, or deep, the opposite could be argued rather practically. Where is freedom in adopting a non-intuitive, societally upkept mode of thought that typically requires dogmatic thinking and practice? Where is the spirituality in the artificial, non-self cult of positive thinking that all too often strays away from reality in futile hope of something better. And surely, there is nothing deep with following the mass hysteria of ‘better times’ or things being okay when, evidence can quite literally show, via on a societal or individual scale, things are not.

The optimist will scoff at this writing. They’re better off. They know that they are doing okay. They know the world is fine and their life will continue in a way so that they can live, laugh, love. When the pit of existential dread or the meaninglessness among the vast cosmic nothing-ness hits them, they will readily equip themselves with one, or more, of Zapffe’s aforementioned devices to ward off the possibility that things are, in fact, not all right.

Positivites will continue on with their predictable dronery of better days and times. A better future to come. A good existence. The reality of the innate indifference that life has towards itself is too off-putting. The compulsively justifying consious-ness must revel in positivity, lest it realizes that life and its hopeful adherents, those beautiful bunch, are all malignantly useless.

““A misbegotten hatchling of consciousness, a birth defect of our species, imagination is often revered as a sign of vigor in our make-up. But it is really just a psychic overcompensation for our impotence as beings. Denied nature’s exemption from creativity, we are indentured servants of the imaginary until the hour of our death, when the final harassments of imagination will beset us.”” ~Thomas Ligotti